The Babbler EL30701 adjoins the Barkly tenement immediately to the north.

Successive exploration companies have identified magnetic anomalies on EL30701 that have been interpreted to be prospective for Tennant Creek style copper-gold mineralisation even though EL30701 does not cover Warramunga Formation rocks that host all the known mines and prospects in the Tennant Creek area. Despite this, the thickness of the overlying units (Ooradigee Group) is not known so the characteristic geophysical features of mineralisation may be visible through the cover. The main geophysical targets identified, R29 and R31, are close to a northwest trending structure that are known to control mineralisation in the Tennant Creek field.  Activities on the tenement include geophysical interpretation and targeting and the planning and initiation of a field reconnaissance/mapping and rockchip and soil sampling program to define drilling targets.

Geology of the Babbler EL30701 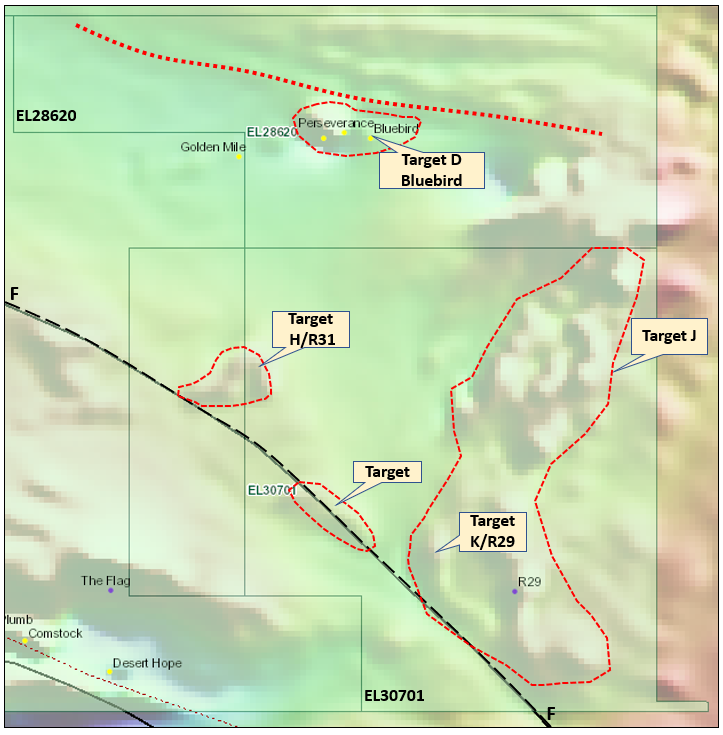